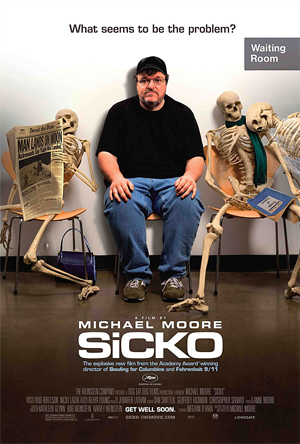 I just watched Michael Moore’s “Sicko” for the very first time. I knew a lot about the movie because we did our fair share of stories about it on “The Situation Room.” You might even remember Moore’s interview ginning up some press. At the time, I felt perhaps Moore was doing himself a disservice by being so belligerent and testy. After seeing the film, I’m convinced of it.

The movie is powerful and proves excellent points. Working as a freelancer and having to shell out money for both emergency care and then independent insurance, I’ve been frustrated for years. Seeing just how prevalent the issues are – and deep-seated the corruption is – made me furious.

But Moore shot himself in the foot by coming out swinging. Then, he took the foot right off by going to Cuba to prove a point. The film would have been just as powerful, if not more so, without that component. Having been born and raised in Miami, I am very familiar with the anti-Castro sentiment and know it’s not based on some flimsy government-sponsored plot to encourage unfounded hate. I also know that Moore’s controversial trip to the island shifted focus onto that excursion in particular and away from the broader theme of fixing our healthcare system. In fact, it did such a good job of masking the real agenda that I was shocked that more than an hour-and-a-half into the movie and still no sign of the 9/11 workers and the Cuban hospital. I mean, that’s what was all over the news. That’s what everyone was up in arms about, right? The trip makes up less than 20 minutes of the two-hour flick, and yet that’s the takeaway?

It’s a shame because so much needs to be done to make patients better off, doctors better off, and the overall health of our nation better off. We’re ignoring the concussion to tend to the scraped knee. And by tend to I mean complain that the injured’s getting blood on the rug.

Sometimes less is more, and in this case, Moore would have been better off with a little less.

We all know newspaper circulation is down because more and more people are getting their news online. You’d think that tidbit might encourage the old guard to step up its game.

For instance, if someone’s paying for home delivery, the NYT might consider actually bringing the paper to her home on the day it’s published. And if the driver accidentally, inadvertently (plans to not deliver the paper because he’s anticipating a giant snow storm that never happens) misses a day, bringing Sunday’s paper on Monday is not okay.

You know what’s even less okay?

Now we have come full circle. And not in a good way.

I have no heat.
I have no laundry.
And if the couple downstairs decides to do laundry, I lose my hot water privileges.

Who’s testing me? Have I passed yet? ‘Cause my No. 2 pencil is not only down, it’s been chewed to a nub. 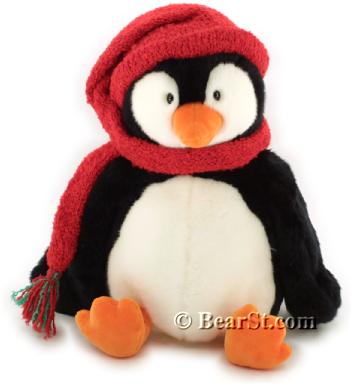 It was a chilly weekend at Chez Jax. Turns out you can only plug in one space heater at a time in this apartment. I know because I blew a fuse trying to set up one in the living room and one in the bedroom. Who would have thought those two outlets were connected? They’re nowhere near each other.

Then again, nothing in this place should really surprise me anymore.

Rumor has it the landlord’s heating men will be back this afternoon. I hope so.

I caught a little head cold from sleeping in the nippy air, and the novelty of dragging the oscillating tower of warm breeze from room to room has totally worn off.

So the landlord’s heating guy came by and said he found the problem but wouldn’t be able to get the part and fix the boiler until Monday.

Then he said the following:

“It’s not supposed to be that cold this weekend. You have a gas stove, don’t you? At least that’ll give you some heat.”

I wish I were kidding. Isn’t that the one thing people who know these things tell you NOT to do when you’re cold? Isn’t using a gas stove for heat like Fire Safety Taboo #1?

This could be the frostbite talking, but Mr. Second Opinion’s wise suggestion makes me skeptical as to his general qualifications.

Don’t worry. I’m not going to do it. I have a space heater. And a brain.

How does the band Sugar Ray still get radio airplay?

Mark McGrath left music to be a TV host.

My apartment has been such the project since the day I moved in (background here) that I am not the least bit surprised I now have no heat.

It’s been chilly inside since it started to get chilly outside, but now the boiler’s given up altogether. The heating guy was here on Wednesday. His diagnosis used words like “ancient” and “poorly maintained,” and he detected a slight carbon monoxide leak in the basement. It’s a shame because I like the couple in the basement. They’re nice people. It’d be good if they didn’t, like, die.

Anyway, rumor has it my landlord’s got a second opinion coming today to take another look. In the interim, I’ve got a space heater in the living room that’s done more to scare the cat than warm the house. Rumor has it temps will soar into the low 50’s today so we should be alright in the short term. But as so eloquently expressed in an email just sent from my downstairs neighbor to my property rep: “Presumably, the boiler would have been checked out and evaluated for performance before the winter started. I am sorry if I don’t have much patience for boiler repairs in the middle of December.”

He’s right. If the building was in fine working condition when we moved in and this just happened, then I think we’d all be a little more understanding. But given the laundry list of issues we’ve all had since September (even the laundry machines are on the laundry list!), a broken boiler feels like the back-breaking straw.

Also – rent’s not cheap. We’re not paying bargain prices. There was no implicit agreement that we were getting a steal in exchange for some quirks. We spend a good chunk of cash each month. Heat’d be nice.

I’ve subscribed to Shoptalk since as long as I can remember. For those who don’t know it (probably everyone outside the TV biz), it’s the daily email newsletter from TVSpy.com, and it offers a compilation of media-related news stories and a slew of other random stuff.

I usually just skim it for the highlights, but today, one story in particular caught my eye. It’s this from Broadcasting & Cable about how one local news station’s trial blog inspired witnesses to come forward and testify. I clicked through to the site and was officially impressed. If you’re going to follow an incident from investigation to trial to verdict, this is how to use the Internet effectively. It’s also a great example of how your local station can generate online traffic. Give the audience substance that complements your TV coverage. Make your website a value-add destination.

Sears came and went. The washing machine sprang a spring. Parts are on order and service needs to come back at a later date.

This means about a month without laundry.

I am not a happy camper.

I kill plants. All plants. Not intentionally. But everytime my signif buys me a plant, I water it and it dies.

In my last apartment, I kept a brown plant because I was ashamed to admit I had murdered it. As long as there was one green(ish) leaf, I held out hope for resurrection.

I now own a poinsettia. It’s wilting. My signif just emailed to remind me to give it water.

I emailed back to remind him to kiss it goodbye.