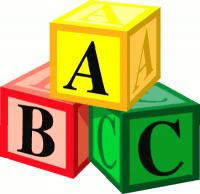 Now that the initial anger has subsided, bloggers and blog readers are taking a closer look at the bit players in Wednesday night’s debate. Specifically flag pin lady Nash McCabe. Josh and a reader point out just how un-random this woman actually was:

Ask whom she might vote for in the coming presidential primary election and Nash McCabe, 52, seems almost relieved to be able to unpack the dossier she has been collecting in her head.

It is not about whom she likes, but more a bill of particulars about why she cannot vote for Senator Barack Obama of Illinois.

“How can I vote for a president who won’t wear a flag pin?” Mrs. McCabe, a recently unemployed clerk typist, said in a booth at the Valley Dairy luncheonette in this quiet, small city in western Pennsylvania.

Josh’s got more about why he thinks including McCabe was an ethical breach on ABC’s part:

Now, as JL noted in his email to TPM, I’m not sure precisely what’s any less ethical about finding Nash at random to come on and slam Obama about whether he believes in the flag versus seeing her in the Times and saying, ‘Wow, this woman clearly has it in for Obama. Wouldn’t that make for great TV giving her a chance to crap on Obama’s head in front of a nationwide audience?

I think there’s something wrong with it. And part of it is that you usually assume that these citizen questions come from people who are at least partly conflicted about their support if not undecided. But it does reinforce my sense that the disgraceful nature of the debate wasn’t just something that came together wrong, some iffy ideas taken to far, but was basically engineered to be crap from the ground up.

Besides giving the impression they planned to stack the debate, here’s what else is wrong with what ABC did:

1. They went into their debate prep with a preconceived notion of the topics they wanted to push to the forefront as opposed to taking the pulse of the electorate and prioritizing.

2. They took the lazy way out and copped a source from the NYT. How many registered voters are there in PA? How hard is it to do your own legwork and find someone to talk about the issues that matter to him/her?

and perhaps the most egregious of the errors…

3. They gave Nash McCabe and her stupid question an audience of 10+ million on prime time TV. ABC legitimized the dumb dumb dumb lapel pin discussion by default. If you couldn’t find anyone but the exact same lady quoted by the NYT, then maybe that would have been a good indication that skipping the topic altogether was the way to go.