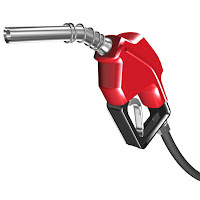 Gas station owners claim they’re not price gouging, but it’s tough to believe when the numbers keep ticking up seemingly arbitrarily. There is an Exxon station nearby that drives me batty. The guy was the first I’ve seen in the city to charge more than $4/gallon. The Chevron station less than a block away was still in the high 3’s when the Exxon thief took the leap. And before you say perhaps the Exxon supply prices were higher and the station owner had no choice, another Exxon in the city less than a mile away was still under $4. I know because I walked by them both in the same hour on the same day.

Something’s surely out of whack all the way through the chain because NPR just told me oil hit is shockingly close to $120/barrel, but when a station owner exacerbates the situation by blatantly inflating prices, he fuels speculation that our current gas crisis is one part supply and demand and two parts pure greed.

One thought on “Don’t Buy It”