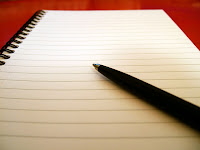 I did speak to Julie last night, and her write is definitely closer to accurate (though she did get the website wrong). It’s healthcareforamericanow.org:

It could be a version of the “Harry and Louise” television commercial that helped kill Hillary Rodham Clinton’s health care plan in 1994, only this time, it will be in favor of reform.

A national advertisement by the newly formed group Health Care for America Now, to be released on Tuesday, will take on insurance companies and argue for comprehensive, affordable health care in the United States, a spokeswoman for the group said Wednesday.

Its theme? “You can’t trust the insurance industry to fix the health care mess,” said the spokeswoman, Jacki Schechner. “We’re educating the public about our principles and what we’d like to see from the president and the new Congress.”

And it has chosen Elizabeth Edwards as its most visible public face. Mrs. Edwards, the wife of former Senator John Edwards of North Carolina, will speak at the group’s inaugural event at the National Press Club in Washington on Tuesday.

After making an initial buy of $1.5 million for national television, print and online advertisements, the coalition said it would pour $25 million into additional advertising. The first commercial will run in national newspapers, on CNN and MSNBC and online.

The presence of Mrs. Edwards, an outspoken liberal activist and health care advocate, could give fund-raising efforts a boost. Mrs. Edwards, who has incurable cancer, has made health care her signature issue since Mr. Edwards dropped out of the Democratic presidential race in January.

On its Web site, cancampaign.org, the group is described as a “grass-roots movement” for affordable health care. It includes MoveOn, Planned Parenthood, the Campaign for America’s Future and the Service Employees International Union.

UPDATE: More press this morning. From the WSJ:

As Democrats and Republicans gear up for the general election, a string of interest groups are launching their own campaigns to elect candidates who support their agendas.

A coalition of liberal organizations will announce plans next week to spend $40 million this election cycle to promote health-care reform and candidates backing the group’s proposals. The interest group, Heath Care for America Now, is the latest to unveil an issue-based campaign to influence the November election, and its budget makes it one of the largest.

These independent groups are playing a growing role in national politics, especially since a 2002 campaign-finance law banned individuals, corporations and labor unions from making unlimited donations to the national political parties.

Freedom’s Watch, a conservative group, says it could spend as much as $200 million to try to elect Republicans to the House of Representatives. The liberal groups Campaign for America’s Future and Defenders of Wildlife each have said they will spend roughly $4 million. Planned Parenthood, through a subsidiary, has said it will spend $10 million this year to push candidates who support abortion rights.

The Bipartisan Campaign Reform Act of 2002, championed by Sen. John McCain, the presumptive Republican nominee, aimed to reduce the influence of money in politics by limiting donations to political parties. As a result, a number of major donors have turned their money over to interest groups, many of which can accept unlimited contributions without disclosing donors or spending.

Health Care for America Now is an example of one such “issue group.” The coalition, which will employ organizers in 45 states, plans to spend $25 million on advertising in closely contested areas, promoting guaranteed health care. The organization’s launch Tuesday is paired with $1.5 million of advertising on national television, in print and online.

The group says it is nonpartisan, but the principles it has laid out fit the universal health-care proposals from all of the major Democratic presidential candidates in the primaries. And the coalition has begun identifying friends and foes of its agenda.

“We’re asking members of Congress and candidates, ‘Whose side are you on?’ ” says Jacki Schechner, the coalition’s spokeswoman.