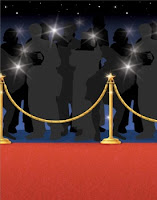 In a country that turns out more enthusiasm for American Idol than American politics, spotlighting your opponent’s popularity and placing him in the same sphere of celebrity as the nation’s biggest tabloid-sellers doesn’t just help him and hurt you, it makes you seem really, really really old and out of touch.

Did no one on the McCain ad team think of that?