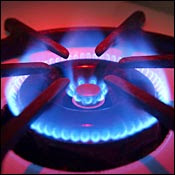 Chris Frates is single-handedly making me hate Politico a little less. He did his homework on this one – not just calling to get the goods but following up weeks later to make sure the info was still accurate:

Health care lobbying as strong as ever

…Health Care for America Now, a progressive reform group, launched a call-Congress campaign with an interesting twist. In addition to running the usual toll-free-number advertisements, the group is using click-to-call technology, which allows users to enter their contact information online and then get a call back that connects them to their lawmakers.

The group has contacted about 250 lawmakers and hopes to generate at least 100,000 calls, said spokeswoman Jacki Schechner, adding that she expected news of the click-to-call campaign to reach the group’s 5 million members via e-mail.

Health Care for America Now representatives attended the Democratic National Convention in Denver and sponsored a rally and march with the Service Employees International Union, she said.

The group was also busy bird-dogging the insurance industry’s national listening tour. It accused the industry of not giving the time and location of the tour’s second stop. “If you just looked at their website and didn’t know who they were or what they stood for, you wouldn’t know they were the insurance industry, who are looking out for what’s best for them,” Schechner said.

A spokesman for the insurance industry said it released information on when and where the second stop would take place to the press five days before the event.

Health Care for America Now, meanwhile, held rallies and protests outside the offices of insurance companies’ headquarters in about a half-dozen states…

For the record, AHIP’s totally lying about that whole 5-day notice thing, but what else would you expect from the insurance industry?

Btw – we are hosting house parties across the country this Sunday. More than 300 parties in more than 180 cities across 40 states. Rumor has it this is the largest collection of house parties ever held on a single day by an issue advocacy campaign. Go here to watch the trailer for the film we’re debuting called “Diagnosis: Now!” and then find a soiree in your neighborhood.

If you can’t make it out Sunday, you can join a virtual house party online at 7pm EST at Firedoglake.com. Jane and co have been gracious enough to host and will also be holding a post-film chat with an additional special guest to be named soon – Rep Pete Stark (D-CA).