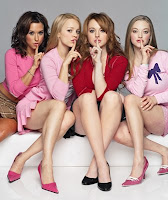 Watch McCain talk about Palin in this interview with WCSH in Portland, Maine. He mentions several times she is “the most popular governor.” I’m trying to find out according to whom. Is there a poll? A vote? Is it like the Maxim Hot 100?

Considering what we’ve learned about Palin thus far, I wouldn’t be surprised if a Maxim nod actually carries more weight than some phantom governorship popularity contest.

p.s. Once again, Alaska being close to Russia does not make Sarah Palin an expert in national security. McCain and his camp should really stop saying that.

UPDATE: According to The Hill, Palin’s popularity ranking comes from her approval numbers at home. It’s Alaska, people. When you have a larger and more diverse population, it’s tougher to win wide approval. These things should be weighted accordingly. Otherwise, they mean nothing of substance.