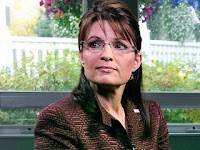 What Sarah Palin revealed is that she has not been interested enough in world affairs to become minimally conversant with the issues. Many people in our great land might have difficulty defining the “Bush Doctrine” exactly. But not to recognize the name, as obviously was the case for Palin, indicates not a failure of last-minute cramming but a lack of attention to any foreign-policy discussion whatsoever in the last seven years.