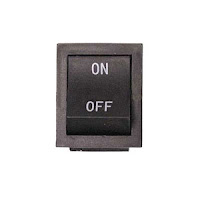 Anyone else get the impression Sarah Palin only says Fannie and Freddie because she can’t remember which is the Mae and which is the Mac? Either that, or she still thinks they’re people.

McCain’s giving a speech right now in Green Bay, and I find it extraordinary he’s trying to blame Obama for our current financial crisis. He says lobbyists and Washington are at fault, and Obama was right in the middle of it. Really, John? And where were you?

Last I checked, you’ve been in Congress since ’82. You’re no DC outsider. Let’s stop pretending you just popped onto the scene.

UPDATE: He just launched into his health care plans. “I’ll give every family in America a $5000 refundable tax credit to buy their own health insurance policy and let them choose their own doctor. This will make insurance affordable to every American. We’ll double the child exception from $3500 to $7000 to help families pay for the rising cost of living. Under my plan, a married couple with two children making $35,000 will get $5000 to pay for health insurance and additional medical expenses. This family would get another$1050 from my child exemption. That adds up to over $6000. That’s a lot more than what any hard-working middle class family gets under the Obama plan.”

When the average family health insurance plan runs $12000/year, how does Senator McCain suggest the family of 4 earning $35,000/yr pay the remainder of that balance? With no regulation of the health insurance industry- and the removal of what state regulations protect us now – how does he expect health insurance to become more affordable?

His plan is a sham. But he wouldn’t understand that because he’s been on government-sponsored health care almost his entire adult life.