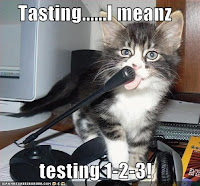 It’s windy and cold. Washington Mutual collapsed overnight. House Republicans on TV can barely defend McCain with a straight face anymore. And I’m watching images of Lieberman following McCain around the Capitol like a lost puppy.

Obama is so cool and calm and collected. He knows what’s up. I hope he shows up in Oxford tonight and rocks the house – even if it’s all by himself.

The MSNBC lower third says it all:

The stunt’s on track to backfire horribly tonight. Either McCain fails to show and looks like a coward, or he shows and exposes the childish game of chicken he tried to play and lost. It’s a no win unless we get a bipartisan deal by end of day, and that’s looking increasingly unlikely.

In HCAN news, take a sneak peek at our new sports-themed website today. It’s called Insurance Company Rules (like the wildly popular video), and it gives you all you need to know about the health insurance industry’s worst offenders and how you can fight back. My favorite part of the new site is Insure-Rants – a spot where you can vent your frustration online anonymously. It’s like a Post Secret for why we should fix the health care system once and for all.

Finally, AHIP’s got a stop on its “listening tour” today. They’ll be pretending to care in Rhode Island. Our HCAN affiliates will be there – inside and outside the meeting – exposing the sham for what it is and asking the tough questions we’ve learned the health insurance industry’s thoroughly unprepared to answer.

It’s bound to be an interesting day.