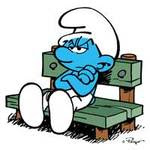 To say my day was annoying would be an understatement.

I have spent the past 8 hours dealing with FEC filings which is just as painful as it sounds – if not more so considering the task was dropped in my lap last night and everyone who had access to the information I needed to actually get it done was celebrating Yom Kippur and unreachable.

Then there was this which ticked me off enough to get me post the rare midday contribution to AMERICAblog.

And then this popped up.

We’re not “Medicare-for-all.” We advocate a choice of private or public insurance coupled with regulation. When I called and then emailed The Nation to get them to correct the error, they insisted it wasn’t an error.

I’m with the campaign; I tell you it’s a mistake; and you tell me I’m wrong?

Considering the reporter never bothered to pick up the phone and call me – and the magazine’s defense is that the reporter “interpreted” the characterization from language on our website – I’d go with my credibility on this one.

Basically, it was a lousy day to mess with me. I’m in no mood.