As you might imagine, there will be some Thanksgiving-related travel in my almost immediate future. That means more food less blog over the next few days. If something comes up that needs comment, I will be sure to weigh in. But all in all, it will be much quieter than usual here through the weekend.

But before I sign off for the time being, I just want to say I am thankful for the gifts this past year has brought. Once again, if you’d asked me then where I’d be now, I’d have been way off base. It’s why the “Where do you see yourself in 5 years?” question is such a lousy one. Who knows? Who cares? What you don’t plan for can end up being so much more rewarding…and fun.

And with that, have an excellent holiday.

I’m told that dozens of the heaviest hitters from the health care reform world met for a private retreat in Virginia last week and spent two days girding for a major battle with the insurance industry, hashing out specific messaging, discussing organizing goals and planning a major fundraising drive to blanket the airwaves with ads next year.

And we pop up twice on Politico. First here:

There is also active grass-roots organizing and advertising by outside groups such as Health Care for America Now, which has committed $25 million next year to pushing for a public insurance plan and tighter regulation of private insurers.

The group Health Care for America Now, which advocates affordable health care for all, achieved its main success in winning support from fiscally conservative Democrats such as Warner during the campaign season, pushing Democratic candidates to back a health care plan that is universal but not
mandatory.

But the biggest fault lines on health care come from the left in this Democratic fight.

Richard Kirsch, the national campaign manager for Health Care for America Now, foresees trouble from a group of 90 more-liberal House Democrats who want a European-style, single-payer health care system that is part of a bill advocated by Rep. John Conyers Jr. (D-Mich.).

“The 90 on the left who have signed on to the single-payer Conyers bill — that’s a very active, single-payer group, and we do need to unite them,” Kirsch said.

Health care advocates such as Kirsch also worry that there’s a cautious mindset among Democrats in Congress who have always feared the label “socialized medicine” and have never really envisioned a muscular majority that could actually take a serious crack at health care reform.

“The real challenge is whether Democratic members and staff — who have spent many years only being able to think small — will be able to understand this election is about change in a real way,” Kirsch said. “Some have talked about a very incremental approach. This is not an incremental moment.”

We were also CMAG’s Ad of the Week. 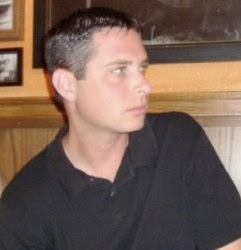 One of the best parts about Thanksgiving is that I usually get to see my brother on or around his birthday. I love you, Dan. xo

I had coffee with a reporter this morning who asked me why we’re positioning to fight the insurance industry seeing as how they appear to be willing to compromise this time around. Jason says it best. From our blog and cross-posted on kos:

As this debate moves forward, keep a close eye on who’s making arguments. If it’s the insurance or pharmaceutical industry, you can bet their argument helps or protects their bottom line. If it’s conservatives, you can bet it helps their political viability. Don’t ever assume these groups have the public’s interest at heart.

Color me shocked they’re going through with it.

A little history to put the matrimony into perspective.

For the record, I’d much prefer he were out and proud.

Via HuffPo, an unaired SNL skit that totally should have made the show:

What an oddly appropriate poem of the week considering yesterday was the first weekday without a new post here in a very long time.

Day two of our retreat was just as intense as the first, but I feel like the whole exercise was effective and energizing, and I’m truly excited to see what we can do in the next 10 months.

We’re going to need help to make this happen. We going to need people to believe it can be done. But I have confidence if we do this right, we can win and win big.

Meanwhile, I’ve got some housecleaning to do and chores to run. I’ll check back in if something strikes my fancy. Otherwise, remember to check out John’s column here tomorrow. I’ve been told it’ll be therapeutic.

Have a good one. 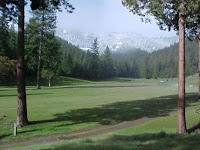 So in case you hadn’t noticed, I’ve been totally MIA but with good reason.

I’ve been shuttled to an undisclosed location for a corporate retreat. It’s my first ever, and I’ve been informed I failed to pack appropriately. However, considering as of yesterday I didn’t even know I was expected to stay the night, the fact I actually packed a bag at all should be considered progress.

And I can report with confidence we have excellent people committed to winning health care reform in 2009.

My friend was nominated for some bizarre “only in DC” award for the top communicators in town. But even stranger than the pseudo-honor itself was the fact that she lost her category to T. Boone Pickens!

Not his communications guy.

She’s totally putting that on her resume.

CNN reports Obama picked Tom Daschle for HHS. There’s no link yet, but I’ll update as soon as I can find a good one.

Three sources close to the transition and in a position to know tell CNN that former Sen. Tom Daschle is President-elect Barack Obama’s choice to be Secretary of Health and Human Services and the former Senate Majority Leader has indicated he wants the job.

Most significantly, Daschle negotiated that he will also serve as the White House health “czar” — or point person — so that he will report directly to the incoming President. The significance is this guarantees that by wearing two hats Daschle, and not White House staffers, will be writing the health care plan that Obama submits to Congress next year.

AP‘s got a slightly different take:

Daschle had been a close adviser to Obama throughout the Illinois senator’s campaign for the White House. Daschle, who represented South Dakota in the Senate, recently wrote a book on his proposals to improve health care and is working with former Senate majority leaders on recommendations to improve the system.

The official revealed plans for Daschle on grounds of anonymity in the absence of any official announcement. The focus of the working groups is to develop proposals and plans for action for the next administration.