Who knew 5 days could put a girl so far behind?

Your missing links from the weekend: poem of the week and John’s Sunday column

We’re written up in Esquire today:

Read the whole thing here, including this:

“They’re obviously going to fight tooth and nail,” says Jacki Schechner, the spokeswoman for HCAN. “Even as they say they’re coming to the table now, they have a real clear vision of what they want to see that reform look like, and that protects their bottom line.”

Chris has got another piece in Politico today talking about us versus single-payer, and my boss sums it up perfectly:

Kirsch added that the attacks by single-payer advocates are aimed in the wrong direction and “are more of a distraction than anything else.”

And finally, just for fun, I found this in a circular on Sunday: 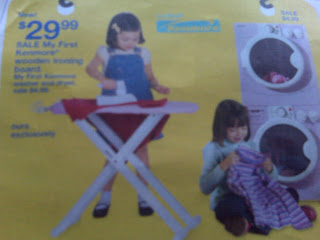 5 thoughts on “Playing Catch Up”