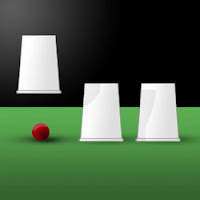 Morning. It should be an interesting day in health care reform news. AHIP is releasing its proposal at a press conference here in DC in about a half an hour. They’re allegedly standing up with PWC who’s going to say something about health care costs. How much you want to bet the insurance industry’s not to blame in their little report?

Lisa at the Boston Globe has a big write out today about health care lobbying efforts. It’s the first time I’ve seen us juxtaposed with Families, but if they’re going to fall for the ‘we’re on your side this time’ line, then I don’t mind being the more skeptical of the two:

Doubtful that the healthcare industry will sacrifice profits for a more efficient and inclusive system, Health Care for America Now, a coalition of mostly left-leaning groups – including MoveOn.org, the massive liberal grassroots organization – is preparing for a multimillion dollar public relations campaign to push through health reform.

“We bring a lot of skepticism to some of the posture that the insurance industry and the small-business community and the drug companies have taken in terms of their professed support for reform,” said Richard Kirsch, the national director of the group, which issued a statement challenging AHIP’s new proposal yesterday, even before today’s announcement.

But Ron Pollack, president of Families USA, a left-leaning healthcare consumer advocacy group, said he believes real progress is quietly being made. He helped organize a ‘strange bedfellows’ group of 18 organizations – including the Federation of American Hospitals, AHIP and the US Chamber of Commerce – that are meeting regularly with a professional mediator in hopes of reaching common ground on substantive issues.

“If the ‘strange bedfellows’ participants reach agreement and find common ground, this clearly would be a game-changer,” Pollack said. “It would make sure that the contentious atmosphere that pervaded every health reform debate in the past would become a much more cooperative exercise.”

7. Does your plan limit the amount that insurers may spend on administration, marketing, and profit?

8. Insurance premiums have been rising four times faster than wages while health insurance profits rose more than 1000% from 2001 to 2006. Given this, why should we trust you to control health care costs?

9. The average health insurance company CEO earns $8 million. In recent years, the Aetna CEO earned $57 million, the CIGNA CEO earned $42 million, and executives at WellPoint made more than $150 million in gains. Will you agree to limit CEO compensation as part of your health insurance reform proposal?

Still think AHIP’s got your best interests at heart?