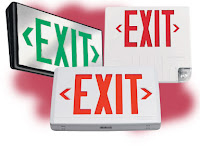 Chez writes more today about Miles O’Brien and his colleagues being dismissed from CNN, and as he mentions, you can put Peter Dykstra on the list of most excellent peeps. He and Alex Walker – another casualty of the cut – were two of the particulars I was referring to in my earlier post. I just can’t say enough good stuff about ’em.

I also agree with Chez that we’re going to see more of the same in the near future. I coincidentally ran into a former CNN colleague today who asked if I’d heard about Miles and then wondered aloud who else might be let go. When I asked if he truly thought there would be more, he said he did – especially considering how many people make up the CNN political unit.

Now that the election’s over, what to do with all those hard-working people who carried the network through the grueling cycle? Why reassign them or promote them or carve out a new niche for them when you can free up all that cash for new flashy gadgets and overpaid partisan talking heads?

UPDATE: Be sure to read the comment Miles’ wife left on my earlier post. I don’t think I’ve ever shared the story of how my leaving CNN went down – and I’m not going to get into it now – but I will say hearing how they treated Miles and his coworkers is no surprise having been there myself.