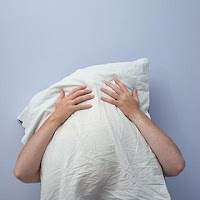 I got woken up at 5am, 6am, and then 7am this morning by the horrific sound of fire trucks, emergency vehicles, and helicopters swarming our general neighborhood. The local news said there was a suspicious vehicle in the area, streets were closed off, and authorities were on the scene.

As John pointed out this morning, we live in a pretty strange area for there to be a suspicious vehicle. In fact, we’re not convinced that a truck with the words “I have a bomb inside of me” would generate much concern. People would probably assume it was an art project or a protest of some sort and just go about their business as usual.

So with that in mind, we have come to two conclusions about this alleged suspicious vehicle. Either someone did see something and called it in, or – and this is more likely – DC law enforcement and emergency response are practicing. We suspect this morning was a dry run in preparation for inauguration. And if we’re correct and that’s the case, then I can report with confidence it’s shaping up to be one extremely noisy and congested week in our humble little neck of the country.