The first write is online about the poll results we released today. From Greg Sargent:

Celinda Lake’s Dem polling outfit, Lake Research, just conducted a new poll of 800 likely voters that, according to the firm, finds that the public strongly supports having the choice of a public health insurance plan and strongly rejects the insurance industry’s most cutting attacks on the idea.

Here’s the link to our full press release. And here are the percentages of people who support having the choice of a private or public health insurance plan: 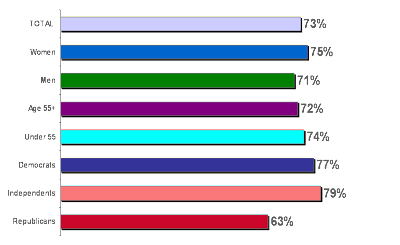