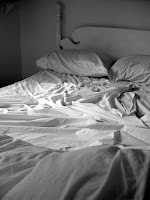 Strange bedfellow coalitions are never as attractive in the light of day as they were the night before. AP:

Labor unions and business groups have teamed up in a multimillion-dollar national lobbying campaign to pressure President Barack Obama and Congress for big changes in the nation’s health care system. But as they get down to the specifics, their strange-bedfellows alliance is quietly at odds.

After spending two years and more than $20 million to promote the idea, collaborators in the Divided We Fail coalition — a project of the seniors lobby AARP, the service workers’ union, and groups representing small business and the Fortune 500 — are indeed divided over key elements of how to fix health care.