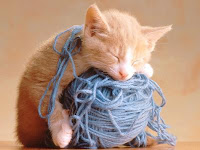 It’s been such a crazy 36 hours that I powered through the day today with what felt like a work-induced hangover. I could not be more thrilled with what’s been accomplished so far and where we’re heading now. Next week should be a fun one too. AHIP’s holding a conference here in DC, and guess which health care campaign is planning to drop by and say hi.

Meanwhile, we picked up some more post-summit press this morning, and since I’m totally a sharer… here you go:

Even before Obama’s White House forum began, a coalition of groups on Thursday brought to the White House more than 300,000 signatures gathered by MoveOn.org, the liberal grass-roots organization that helped elect Obama and scores of congressional Democrats.

“Don’t let the insurance lobbyists delay health care any longer. In this economic crisis, we can’t afford NOT to pass quality, affordable health care for all this year,” the petition read.

That does have liberal groups a little worried about whether compromises might water down whatever medicine Washington is working on. “We shouldn’t confuse President Obama’s having an open door with his being a doormat,” said Richard Kirsch, the head of Healthcare for America Now, a coalition of labor unions and progressive interest groups pushing for action. The White House seemed to hear them.

In a conference call yesterday morning, Health Care for America Now, a coalition of about 800 liberal groups, declared it would fight to include a public insurance plan to help keep costs down. Later, in a statement, the group said it was “no surprise [Republicans] don’t want choice if it threatens the profits of the private health insurance industry.”

Obama can help that process along, by using his position to educate voters and unleashing the grassroots machine he built during the campaign. But he can’t do it alone. He’ll need the help of groups like the Service Empoyees International Union, Health Care for America Now, Moveon.org, and other liberal groups that can organize supporters and rally them upon command.

Rockefeller’s statement was a warning to Obama, but it was a warning to these groups as well. Don’t be fooled by the pleasantries on Thursday. There’s going to be a big fight. And liberals will lose it if they don’t prepare now.

Have a great weekend.