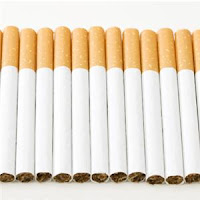 When did everyone in DC start smoking again? I was only out for an hour last night but had to toss everything in the wash when I got home.

My favorite had to be the self-proclaimed non-smoker who’s been bumming cigarettes for 18 years. He snagged one from a mutual friend and then proceeded to light it up and suck it down like a fiend on a fix. He not only told me he’s only purchased about a half dozen packs of smokes in his entire life (which makes him in denial and annoying), but he also shared that as a consultant, he’s worked with the American Cancer Society and a prestigious group of cardiologists.

I suppose I don’t mind if you want to smoke. I just don’t like the smell of a phony.