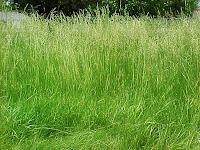 Got some HCAN news to report. We’ve debuted a TV ad that’s going to run for four days in Iowa starting tomorrow. While it doesn’t mention any particular Member of Congress by name, you can probably figure out the who and why behind the spot.

The new TV ad called “Iowa Health Care Choice” was shot and produced in Iowa and features Des Moines, IA registered nurse Teresa Cooley reminding Iowans that private health insurance companies have been in control for too long, making decisions that doctors, nurses, and patients should be making for themselves. Cooley asks fellow Iowans to contact their Members of Congress and tell them they want the choice of a public health insurance plan.

Teresa’s no actress. She’s a nurse. So while the spot may not be slick, it’s totally sincere. Take a look: