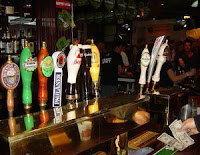 We’ve got a fine selection of health care reform-related news for your consumption.

First, there’s a Senate Health, Education, Labor, and Pensions (HELP) Committee hearing going on right now called “Addressing Insurance Market Reform in National Health Reform”. You can watch it live online here. The witness list is a little special interest heavy, but we shall see what comes out of the session.

In other sobering yet not surprising news from the AP:

The study for the Robert Wood Johnson Foundation found that nearly 1 in 5 workers is uninsured, a statistically significant increase from fewer than 1 in 7 during the mid-1990s. The problem is cost. Total premiums for employer plans have risen six to eight times faster than wages, depending on whether individual or family coverage is picked, the study found.

If anything, the situation for workers appears to be worse than is reflected in the report. It analyzed census data through 2007, the latest year available. But that was before the economy tumbled into recession.

Two other issues – HCAN in the WSJ:

Congress is poised for a battle over whether an ambitious health-care overhaul should include a new government-run health plan to compete with private companies in the effort to cover the uninsured.

The proposal for a public health plan inspires passion on both sides, as it gets to the heart of what government’s role should be in the health-care system. Democrats typically see more government involvement as a good way to check the private sector and help control costs. Republicans fear the government will have unfair power over the market.

“The choice of a public health-insurance plan is an essential part of reform. It’s one we’re going to fight for through the end,” said Richard Kirsch, national campaign manager for the liberal advocacy group Health Care for America Now.

Health Care for America Now sent a letter Monday to budget committee chairmen and ranking Republicans, asking them to “protect health care reform from a filibuster by including in the budget resolution the option of using a budget reconciliation process for health care reform.”

The reconciliation process fast-tracks budget bills by lowering the threshold for Senate passage from 60 votes to 51 votes. It would lift the burden on Democrats to craft a bill that appeals to both parties.