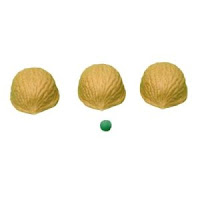 AHIP and the Blue Cross Blue Shield Association sent a letter to Senators Grassley, Baucus, Enzi, and Kennedy yesterday saying, “we believe that we could guarantee issue coverage with no pre-existing condition exclusions and phase out the practice of varying premiums based on health status in the individual market.” The first part of this is not new. The second is, but while it seems like a significant concession, it’s not.

Here’s why. The rest of the letter goes on to read, “While we support transitioning to a reformed system in which health-status-based rating is no longer used, rating flexibility based on age, geography, family size, and benefit design is needed to maintain affordability.”

See what they did there? They’re not going to charge you more if you’re sick, but they must continue to charge you more if you’re older, live in a certain area, have a large or small family, or need certain benefits. They also fail to mention gender, and women pay a lot more for health care coverage than men – especially women of child-bearing age.

So the so-called concession actually gives nothing away. Richard commented on the letter and AHIP’s latest shell game in several spots. In the AP:

“If the goal is to make health care affordable, this concession does not go far enough,” said Richard Kirsch, campaign manager for Health Care for America Now. “It still allows insurers to charge much more if you are old.” His group, backed by unions and liberals, is trying to build support for sweeping health care changes.

The insurers said in the letter that they would still charge different premiums based on such factors as age, place of residence, family size and benefits package.

“They are making as minor a concession as they can to have a monopoly on health care,” Kirsch said. “This shows how desperate they are to try to stop reform that significantly changes how they do business.”

In the LA Times:

Richard Kirsch, who heads Healthcare For Americans Now[sic], a leading consumer group in Washington, blasted the letter as cynical ploy.

“It’s a sign of their desperation,” said Kirsch. “They are still looking to find out how they can charge us as much as they want and have no competition from a public plan.”

Here’s a great summary write from CJR on the insurance industry. Trudy Lieberman both references Los Angeles Times columnist Michael Hiltzik and is skeptical herself:

An extreme makeover for the insurance industry? Hiltzik, on the other hand, made clear that there was no makeover at all. His column dissected AHIP’s current positions compared to those it held in the past. After reading the trade association’s sixteen-page policy, Hiltzik concluded that “its version of ‘reform’ comprises the same wish list that the industry has been pushing for decades.”

UPDATE: Our official HCAN blogger Jason put up a great post on the latest insurance industry “concession.” I recommend giving it a read.