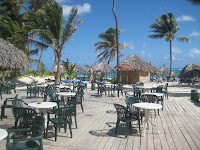 I’m very antsy today. We should have had class outside.

Anyway, there’s this bizarre coalition that a couple of our partners pulled out of earlier this month. It’s called the Health Reform Dialogue, and today, it announced it has come to a consensus on reform.

Yeah, not so much. As Richard points out in our official statement:

“After months of discussions the groups that remained in the Health Reform Dialogue could not agree on the tough decisions that Congress and the President must make,” said Richard Kirsch, National Campaign Manager for Health Care for America Now. “They didn’t answer whether employers will be required to provide or help pay for coverage. They didn’t answer whether insurance companies will be allowed to hike rates on businesses when an employee gets sick or charge more for people who are older or women. Will Americans be guaranteed good, affordable health coverage or be stuck with high-deductible, bare-bones plans? Will we have a choice of private or public health insurance plans? By failing to address these crucial questions, they’ve moved the health care debate forward a few inches. In the next few months, Congress and the President will need to go the full mile.”

My favorite quote from the Health Reform Dialogue release comes from the health insurance lobby (emphases mine):

“The contributions from each stakeholder in the Health Reform Dialogue over the past six months have forged a consensus that the time for health care reform is now.”
–Karen Ignagni, president & CEO, America’s Health Insurance Plans

Wow. That’s quite an accomplishment. Good thing we took a gamble and used it in our name.

Speaking of HCAN, I’ve got one last conference call and then I am going to try and sneak out before anyone notices I’ve made the great escape. Have an excellent weekend.

One thought on “Are We There Yet?”