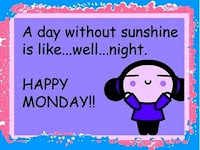 Morning. Happy Monday. Just a heads up that I am buried in meetings and conference calls most of the day today so posting shall be on the lighter side.

Meanwhile, HCAN got some press coverage over the weekend worth sharing. Here’s the Associated Press on organizing the uninsured:

The grass-roots group Health Care for America Now plans to bring as many as 15,000 people to Washington this year to lobby Congress for guaranteed coverage. Campaign director Richard Kirsch expects most to have health insurance.

“We would never want to organize the uninsured by themselves because Americans see the problem as affordability, and that is the key thing,” he said.

Besides, added Kirsch, the uninsured are too busy scrambling to make ends meet. Many are self-employed; others are holding two or three part-time jobs. “They may not have a lot of time to be activists,” he said.

Even before Obama moved into the White House, a handful of groups were up on the cable airwaves, mostly in the Washington market, trying to lay the groundwork for their public relations offensives.

The Obama-allied Health Care for America NOW! and the power industry-backed American Coalition for Clean Coal Electricity, for example, used excerpts from Obama’s campaign speeches in ads advocating an overhaul of the nation’s health care system and the incorporation of so-called clean coal technology into its energy portfolio, respectively.

This is the HCAN ad he’s talking about: