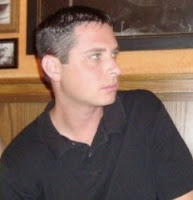 Or the “send” button, actually. My brother had a problem with his new used car and got the runaround from the dealer and its service department. He composed the following and ended up with an apology and the repairs paid for in full. Proof it can’t hurt to put a true complaint in writing typing:

We spoke briefly by phone a few months ago when I was in the market for a new car. My name is Dan Schechner, and I was referred to you by Jeffrey XX.

After a visit the day prior, I purchased a black, used 2006 Mercedes Benz C230 from House of Imports on Feb. 15, 2009. I was treated extremely well by everyone, especially your sales manager Garrett XX. What could have been a lengthy, tedious process was made comfortable and easy. I was both relieved and proud, and happy to share my experience with anyone I knew.

About 10 days ago I was leaving the parking garage beneath my office building when I noticed the ‘check engine’ light had come on. Not wanting to take chances with a new car (and knowing it was still under warranty) I made an appointment at Calstar Motors in Glendale for the next available day.

I was told the damage did not fall under warranty because I had caused it. I was quoted $900 plus tax.

Now let’s be clear about something. If I had hit anything, driven over anything outside of a speed bump, or been struck by anything in the last seven weeks, I would be fully aware. Not a single person – including a valet – drives it besides me. It is my most valued possession, and I treat it as such.

If I had hit something I would have fixed it myself or called my insurance company. I have a low deductible, and I’m not in the practice of blaming others for my mistakes.

Nonetheless, and despite my chagrin, I figured I had an alternative. I told Calstar I would take it to my dealer.

By phone I was directed to Javier XX in the House of Imports service department, who told me to bring the car in as soon as possible. Which I did, on April 13.

When I met with Javier he arranged for a rental for the day while he inspected my car. He called a few hours later to tell me that wires had been torn from the bottom of the car, that it was not covered by my warranty, and that I was responsible for the damage, which he quoted at $530.

I explained that I hadn’t done anything unusual with the car in the seven weeks I’d had it. I asked if it was possible that a part could have come loose and broken off, or a wire might have caught on something and been pulled out. No, he said, the wires had been pulled out by someone, or maybe I drove over a turtarrier in a parking space. Whatever it was, the damage was my doing.

I then asked to be connected with the service manager, Ryan XX, with whom I spoke for a few minutes. I explained that I felt like my only crime was driving my new car. I couldn’t have been more careful with it.

Mr. XX was very understanding and said he absolutely agreed with me, but that he couldn’t authorize the work to be covered under warranty. That would have to come from the sales side.

At that point I left a message on Garrett XX’s direct line. The afternoon of April 13.

I didn’t hear back from Garrett until late the next morning. By that point I had left him another message, and was already headed down to Orange County from my office in the mid-Wilshire area of Los Angeles. The rental car had to be back by 1 p.m., and LA to OC traffic can be sluggish.

On the ride down I received a call from Garrett. I explained to him my dilemma, and he assured me he would take care of it.

Ten minutes later I received another call from House of Imports, this time from Javier. He was calling to tell me my car was not covered under warranty and that I would in fact be responsible for the repairs. It was as if my conversation with Garrett had never happened.

Shortly after I arrived at House of Imports I was greeted by Garrett. “What’s happening?” I asked him. “Well, I’ve been enlightened a little,” he replied. “Let’s go talk to Javier.”

So we walked to Javier’s office, at which time both men stood across the room from me and repeated what I had heard before. That there’s no possibility this could have been caused by anything or anyone but me.

I explained that I was now concerned, that I didn’t feel it was right that parts were coming off so easily during the course of normal driving.

Perhaps this used vehicle, which was sold to me certified pre-owned, wasn’t in mint condition when I received it. To illustrate my point, I asked if Garrett was aware that the rearview mirror in the cockpit was inoperable, and that the Glendale dealer had even confirmed that it was broken but should be fixed under warranty.

Garrett’s response: “You’re gonna throw that at me now!”

We had been in Javier’s office less than 5 minutes.

At that point Garrett said he would take us all to see the car and that he would show me exactly what he was talking about. And that’s when I gave in.

“Look, it’s not worth anyone’s time to keep doing this,” I said. “Let me just get my car, pay for it, and leave so I don’t ever have to deal with this again.”

And that’s when Garrett wheeled around, stood in the doorway, and shouted: “So that’s what you want! I went to bat for you, I put my neck on the line for you, and this is the thanks I get?!? You know what, get your car and take off, and don’t ever come here again. It was your choice, your choice!”

“Garrett, wait a minute,” I said, but he had already stormed off.

I have no doubt that every employee and customer on that side of the building heard this. And I’m now standing in Javier XX’ office. (It did take a moment to process what just happened.)

So here I am: Two months ago I’m a valued customer, and today I’m told I’m ungrateful, and that I should leave and never come back. I was just berated, demeaned and abandoned by my dealer. And all after I agreed to pay, after I just wanted the whole ordeal to end.

Forget that I came to you as a referral. Forget the days of work I had to miss to deal with this. Forget the hours I spent in your customer lounge. Forget the inconvenience of driving to and from Buena Park. And forget that I’m stuck with a $532 bill for, yes, driving my new car.

There’s something that transcends all of that, and it’s human decency. I would never in a million years speak to a customer, an acquaintance or even a stranger in the manner I was spoken to on April 14. It was unprofessional, insulting and completely uncalled-for.

Not that it should matter anymore, but I had acquiesced – there was no more discussion needed.

But I also feel like people show their true colors in times of adversity, not when times are easy. How you handle difficult situations truly reveals your character and spirit.

I could have left House of Imports today feeling disappointed in the bill, but gratified that someone was on my side, that someone I had a special relationship with understood where I was coming from. And even if he couldn’t offer me any financial relief, that maybe there was a shred of compassion or empathy there.

Instead, I was verbally abused and dismissed by someone I looked to, and trusted, for help. And I’m still out $532.

How do you think that feels?

In light of the situation, the treatment I received, and the countless hours of aggravation and frustration I underwent as a result, I feel that some financial compensation is appropriate.

I had no choice but to pay my bill in full yesterday. I simply could not afford to miss more time at work waiting for an adequate resolution. Having left you my business card with my mobile number included yesterday, I was hoping to hear back from you.

As yet there has been no response. I would appreciate one.