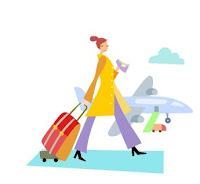 Landed safely in city number three about 20 minutes ago. I’ve now logged 3 completed flights, 1 cancelled flight, 2 rescheduled flights, and 2 rentals cars – both little Mazdas – in less than 36 hours of travel. The last flight was a tad sketchy. When was the last time you were on a plane that did not have the “an oxygen mask will drop from the ceiling” feature? Instead, the flight attendant announced that should we experience a drop in cabin pressure, her fellow flight attendants would distribute oxygen.