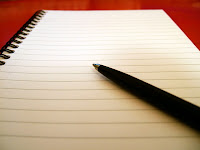 Busy is good. I’m happy to be busy. It means things are heating up as expected. I don’t have time to post all of today’s press links, but this should give you an idea of what’s going on:

Health Care for America Now is a coalition of about 1,000 labor unions, progressive groups and other organizations. The gist of the ad is that Scott used to run the big hospital chain HCA, but he was ousted by the board during a federal investigation. It was the biggest health care fraud case in Justice Department history.

“Scott is a very tainted messenger,” says Richard Kirsch of Health Care for America Now. “In many ways, it’s really reflective of what we think is behind the opposition to health care, which is protecting profits.”

But Scott defends his tenure at HCA: “We had great outcomes, we had great patient satisfaction, and nobody ever accused me of doing anything wrong.”

Scott says he launched Conservatives for Patients’ Rights so people could hear about an alternative to the likely Democratic plan.

“I don’t know anybody else that’s on the air on the conservative side now,” Scott says. “There’s not a bill yet. So some people are gonna wait until they know exactly what the bill is.”

Kirsch says the question for the industry is: “If what Congress is going to propose is really going to take that much of my money away, do I risk going public against it and blowing up reform, and being attacked by the president for blowing up reform?”

About those ads, here’s ABC’s The Note:

From the annals of cooperation and comity: Health Care for America Now is up Tuesday with a new ad in support of a public option. You know the senators who matter since we know the states where the ads will run: Pennsylvania, Nebraska, Oregon, Arkansas, Indiana, and Delaware.

Health Care for America Now!, a coalition of progressive groups including Center for American Progress, Americans United for Change, AFL-CIO, SEIU, AFSCME, ACORN, and MoveOn.org, is targeting six senators with TV ads pushing them to support a public-option health care plan. The ads will run in the home states of centrist senators who, as we saw in the stimulus debate, control much of the decision-making power in Congress as potentially the last lawmakers on board with major pieces of the Democratic agenda.

Politico looks at the health-care ad war: “Despite appearances of comity in the health care reform talks, a skirmish among interest groups on both sides of the issue played out on the TV airwaves over the past week. MoveOn.org Civic Action, Health Care for America Now and Conservatives for Patients’ Rights went toe to toe with commercials aimed at influencing a critical week ahead in the negotiations on Capitol Hill. The Senate Finance Committee is scheduled to meet Tuesday and Thursday to discuss financing a health care overhaul and expanding access to insurance coverage, possibly through a public plan option that would compete with private insurers.”

Speaking of… Health Care for America Now will be releasing new TV ads later this morning emphasizing the need for a public health insurance option in health-care reform. The ads will air in the home states of Sens. Arlen Specter (D-PA), Ben Nelson (D-NE), Mike Johanns (R-NE), Ron Wyden (D-OR), Blanche Lincoln (D-AR), Mark Pryor (D-AR), Evan Bayh (D-IN), Richard Lugar (R-IN) and Thomas Carper (D-DE). The ad names the senators in each state who have not yet publicly signed on in support of a public health insurance option.

Soon I shall be off to an undisclosed location where I am unreachable by cell and/or email for a good hour and half. Me time.