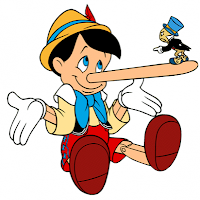 What’s it been, a week? So much for the ‘game-changing’ voluntary cost controls:

“These groups are voluntarily coming together to make an unprecedented commitment,” Mr. Obama said. “Over the next 10 years, from 2010 to 2019, they are pledging to cut the rate of growth of national health care spending by 1.5 percentage points each year — an amount that’s equal to over $2 trillion.”

Health care leaders who attended the meeting have a different interpretation. They say they agreed to slow health spending in a more gradual way and did not pledge specific year-by-year cuts.

“There’s been a lot of misunderstanding that has caused a lot of consternation among our members,” said Richard J. Umbdenstock, the president of the American Hospital Association. “I’ve spent the better part of the last three days trying to deal with it.”

Take a moment and read the whole thing. It’s a classic.

UPDATE: Politico‘s got it too:

The president of the American Hospital Association said Thursday that a deal with the White House to cut the growth in health care spending has been “spun way away from the original intent.”

One health care insider said: “It came together more quickly than it should have.” A health-care lobbyist said the participants weren’t prepared to go live with the news over the weekend, when the news of a deal, including the $2 trillion savings claim, was announced by White House officials to reporters. The fact sheet they distributed at the time offered general categories from which the savings would come, but few specifics on how they would be achieved.

“This was all a general commitment to be part of bending the cost curve and nobody had specifics and all of sudden right before the weekend hit they said, ‘Get us a list of their specifics,’” the lobbyist said. “What really did come last minute at the end for the week was the White House looking for specific things that these people think would reduce costs.”

But when the day came to announce the offer, representatives from all six organizations were lined up next to the president as he announced the deal.

Here’s the thing. Senior Administration officials did a conference call Sunday afternoon to preview Monday’s news, and Chris and Carrie are correct that the industry stakeholders stood right by the President as he made the exact same announcement 24 hours later.

I was on that Sunday call, and even when reporters pressed, the Administration officials made what few details they had crystal clear. If something was amiss, there was plenty of time between Sunday at 3pm and Monday at 12:30pm for clarifications, corrections, reframing, etc. In fact, the President met with the industry reps behind closed doors in the hour before the press announcement. They could have even made last minute changes then, but instead, the industry reps all stood with the President and accepted his praise. AHIP went so far as to put out the following statement:

By reducing the rate of growth in health care spending by 1.5% each year, the nation can achieve a savings of $2 trillion over the next decade. This effort will have a direct effect on the budgets of individuals and families and will also go a long way in ensuring that every American have access to affordable, high-quality health care. Stay tuned for more information on this important initiative in the weeks and months ahead.

Now shareholders and corporate investors are freaking out, and the trade groups are panicked and backtracking. Raise your hand if you’re surprised. Yeah, me neither. Not even in the slightest.