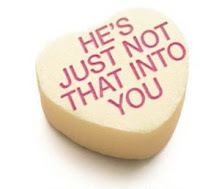 When your health insurance isn’t satisfying, breaking up is not that hard to do. Michael Maiello explains in Forbes today:

My cheap, lazy, uncaring medical provider isn’t worth keeping around.

…I’m one of many who would at least give a public plan a try–and the industry really has no good argument against giving me the choice.

…Some warn that the government will ration care, indiscriminately providing treatment to some patients and not to others. But insurance companies and health maintenance organization already ration care, and they’ll ration it even more strictly if the industry tries to keep its promise to save $2 trillion in costs over the next decade.

…One irony of high-deductible plans like mine is that the insurer has an interest in denying coverage–even when the patient will be the one paying. The insurer doesn’t ever want the deductible breached, because that’s when they start paying. That’s rationing too.