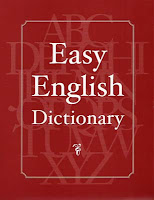 Kennedy has co-sponsored a resolution introduced by Sen. Sherrod Brown (Ohio) and 26 other Democratic senators that declares the healthcare reform legislation the Senate will consider this summer must include a public plan option people can choose instead of private insurance. Senate Majority Whip Dick Durbin (D-Ill.) also co-sponsored the resolution.

Though purely symbolic, this show of strength by 28 Democratic senators sends a clear signal to liberals that a public plan, one of the left’s top priorities and a component of President Obama’s healthcare platform, will be part of reform.

Truth be told, this write says it better than the actual release which uses the very strange term ‘federally-backed insurance pool’ which I know means public health insurance option in some weird Congressional language, but it’s SO far from any terminology we’d use that I was initially thrown.