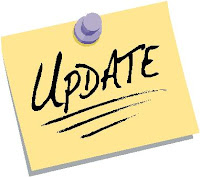 To say everything is moving extremely quickly would be an understatement. I’m going to try my best to keep you in the loop on the issues that matter, but if I slack from time to time, you can always check in with our official HCAN blogger – Jason – here. He’s terrific and manages to break it all down into digestible, bite-sized nuggets.

Here’s what you need to know to make intelligent cocktail conversation about the co-op (yes, that would probably be the most boring cocktail party ever):

As envisioned, the co-op proposal would create a bunch of member operated plans around the country, none of which would have the clout to compete with private insurance or really lower prices with providers and drug companies.

3. Bargaining clout: The whole point of health reform is to lower health care costs. Clearly, the insurance industry has failed to lower costs when left to their own devices. As the President says, we need a strong public health insurance option to lower rates, change the incentives in our health care system, and keep the industry honest.

4. Ready on day one: The private health insurance industry has utterly failed to control health care costs or provide their customers the quality they’ve paid through the nose for. With one person going bankrupt every 30 seconds due to health care costs, we cannot afford to wait any longer for a real fix. We need the public health insurance option to start lowering prices now. That means no trigger.

As for the CBO scoring, the Congressional Budget Office gave an incomplete estimate of an incomplete bill. It’s missing some biggies like the employer shared responsibility component of reform, the public health insurance option, and important policies outside of the HELP committees jurisdiction (like Medicaid). As Jason points out, none of this will stop Republicans from using the CBO scoring as an argument against reform, but keep in mind this is all a work in progress, and we are only just beginning.