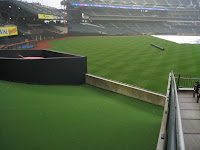 The GOP release their “plan” for health care reform today. It’s a joke. Remember, they had 8 years to do something and did nothing. Here’s our official comment:

“While committees in Congress are doing the hard work on real reform, Republican leaders are endorsing a collection of stale bullet points and already-rejected ideas. They suggest we control costs by giving people tax credits to buy health insurance they can’t afford and loosely encouraging states and employers to cover more people. Now Rep. Boehner writes he wants to cut regulations on the insurance industry on the same day The LA Times reports three of the largest health insurance companies told Congress they refuse to stop canceling people’s policies when they get sick. Talk about being out of step and out of touch with what the American public wants and needs.”

At the same time Greg points to new Gallup poll showing the American public trusts Republicans least of all when it comes to recommending what’s right for health care reform – less than insurance companies: 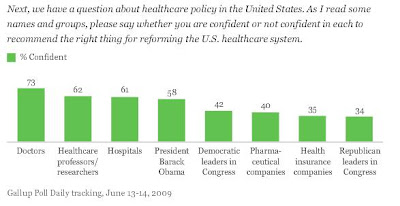 And a new nonpartisan, independent poll from EBRI shows that 83% of the public supports a public health insurance option. 83%: 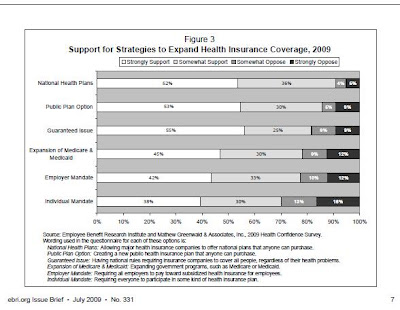 3 thoughts on “Out in Right Field”