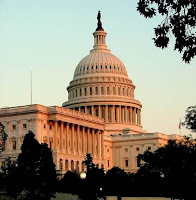 At 2:30pm today, Wendell Potter, former insurance executive with CIGNA and Humana, will testify before the Senate Commerce committee. It should be good stuff.

Here are a few early press clips. From ABC:

The much-maligned health insurance industry is braced for another black eye today as the Senate hears testimony from a former insurance company executive.

Wendell Potter, who worked in public relations for Cigna and Humana Inc., for more than 20 years before retiring in 2008, is scheduled to testify this afternoon before the Committee on Commerce, Science, and Transportation.

Potter is expected to speak critically of insurance company practices and provide insight on why consumers often come away feeling confused after dealing with insurance companies.

CBS News has learned a former executive for a major health insurance company, Cigna, will speak out for the first time before Congress tomorrow on practices that he is expected to characterize as deceptive by the health insurance industry.

Potter “left the industry after witnessing practices he felt harmed American health care consumers,” the organization said. “To him there was a heart-breaking discrepancy between Americans struggling to find affordable, comprehensive coverage and wealthy insurance executives who based their premium charges—and coverage decisions, on profits rather than people’s health care needs.”

Potter’s aim, according to the news release, is to stop his former industry “from once again derailing meaningful reform.”

You can watch the hearing online here.