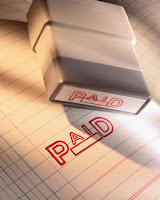 President Obama used some good language during today’s Town Hall to explain how we’ll pay for health care reform. This isn’t verbatim, but here’s the gist:

2/3 of the cost of reform will come from reallocating money already in the system. For example, the way the system works now, we will spend $177 billion over the next 10 years giving subsidies to insurance companies through Medicare Advantage. Under President Obama’s plan, we will stop overpaying insurance companies and use that money where it counts.

1/3 of the cost of reform will have to come from increased revenue. We will get that money by capping itemized deductions for the top 2%.

Altogether, reallocating money and capping deductions to increase revenue will add up to $950 billion to be used on reform.