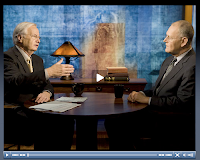 Morning. I expect most of today’s news to focus on Sotomayor’s confirmation hearings, but it doesn’t mean there won’t still be movement behind the scenes on the health care front.

One important note: $1 trillion is an arbitrary number, and if cutting down legislation to meet that number means keeping health care unaffordable for millions of middle class, working families, then we will not have succeeded at meaningful reform.

It’s complicated, but here’s what you need to know. The House is looking at making changes to its draft legislation to get the overall cost down to under $1 trillion. But to do that, they would have to cut subsidy levels from 400 percent of poverty to 300 percent of poverty and limit access to the insurance exchange. That means many working families will continue to pay premiums they can’t afford and still have thousands of dollars in out-of-pocket expenses.

Congress need to take a long hard look at what it’s sacrificing to meet a random dollar amount.

Also, this morning, I want to make sure to keep the spotlight on Wendell Potter and his interview with Bill Moyers from Friday night. Wendell exposed the health insurance industry in a very real and honest way. Here are some more excerpts from that hour:

BILL MOYERS: So what did you think when you saw that film?

WENDELL POTTER: I thought that he hit the nail on the head with his movie. But the industry, from the moment that the industry learned that Michael Moore was taking on the health care industry, it was really concerned.

BILL MOYERS: What were they afraid of?

WENDELL POTTER: They were afraid that people would believe Michael Moore.

BILL MOYERS: Why do politicians puppet messages like that?

WENDELL POTTER: Well, they are ideologically aligned with the industry. They want to believe that the free market system can and should work in this country, like it does in other industries. So they don’t understand from an insider’s perspective like I have, what that actually means, and the consequences of that to Americans.

They parrot those comments, without really realizing what the real situation is.

I was watching MSNBC one afternoon. And I saw Congressman Zach Wamp from Tennessee. He’s just down the road from where I grew up, in Chattanooga. And he was talking– he was asked a question about health care reform. I think it was just a day or two after the president’s first– health care reform summit. And he was one of the ones Republicans put on the tube.

And he was saying that, you know, the health care problem is not necessarily as bad as we think. That of the uninsured people, half of them are that way because they want to “go naked.”

REP. ZACH WAMP: Half the people that are uninsured today choose to remain uninsured. Half of them don’t have any choice but half of them choose to, what’s called, go naked, and just take the chance of getting sick. They end up in the emergency room costing you and me a whole lot more money.

WENDELL POTTER: He used the word naked. It’s an industry term for those who, presumably, choose not to buy insurance, because they don’t want to. They don’t want to pay the premiums. So he was saying that half… Well, first of all, it’s nothing like that. It was an absolutely ridiculous comment. But it’s an example of a member of Congress buying what the insurance industry is peddling.

WENDELL POTTER: Well, there’s a measure of profitability that investors look to, and it’s called a medical loss ratio. And it’s unique to the health insurance industry. And by medical loss ratio, I mean that it’s a measure that tells investors or anyone else how much of a premium dollar is used by the insurance company to actually pay medical claims. And that has been shrinking, over the years, since the industry’s been dominated by, or become dominated by for-profit insurance companies. Back in the early ’90s, or back during the time that the Clinton plan was being debated, 95 cents out of every dollar was sent, you know, on average was used by the insurance companies to pay claims. Last year, it was down to just slightly above 80 percent.

So, investors want that to keep shrinking. And if they see that an insurance company has not done what they think meets their expectations with the medical loss ratio, they’ll punish them. Investors will start leaving in droves.

I’ve seen a company stock price fall 20 percent in a single day, when it did not meet Wall Street’s expectations with this medical loss ratio.

For example, if one company’s medical loss ratio was 77.9 percent, for example, in one quarter, and the next quarter, it was 78.2 percent. It seems like a small movement. But investors will think that’s ridiculous. And it’s horrible.

WENDELL POTTER: Exactly. And they think that this company has not done a good job of managing medical expenses. It has not denied enough claims. It has not kicked enough people off the rolls. And that’s what– that is what happens, what these companies do, to make sure that they satisfy Wall Street’s expectations with the medical loss ratio.

Again, if you haven’t watched the program or read the transcript, you should. It’s all here.