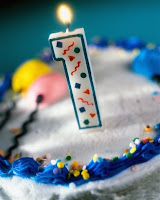 I’m not one to downplay a birthday (especially my own), but I totally missed the chance to point out HCAN turned 1 last week.

Health Care for America Now launched July 8th 2008 in DC and 52 cities nationwide. According to our first press release (which I had to go back and check), we started out with 100 member organizations. We’re now at 1071.

Ezra Klein has a nice write up today about HCAN and its significance in the fight for comprehensive reform:

Last week, the Health Care for America Now coalition celebrated its first birthday. Formed, well, a year ago, with an initial infusion of $40 million and a coalition list that includes MoveOn.org, SEIU, the Campaign for America’s Future, and pretty much every other institution even vaguely on the left, HCAN has quickly become the dominant grassroots player on health-care reform. Which is really saying something.