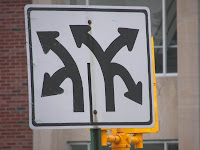 This is too good to ignore. But it gets a little confusing so stick with me.

Republicans tried out a new tactic today. They decided if Democrats want the public health insurance option so badly, there should be an amendment to the HELP bill forcing Members of Congress and their staff to enroll in the public option.

See the disconnect? The public option would be just that. An option. A choice. No one would be forced into anything. Here’s HHS Secretary Sebelius in Politico:

“That’s correct,” Sebelius said. “In fact, there are protections in the bill. Congress and the president, certainly, are very concerned that we don’t want to dismantle the private market. … We don’t want folks dumping their current coverage and moving toward either a public option or other private plans. It is really to close the gap, if you will, and find affordable coverage … for those Americans locked out of the system.”

The bills treat the federal government like any other employer that offers insurance, restricting its ability to drop private coverage and push people into the public system.

See that? There are protections in the House and Senate bills that make sure employers don’t force people out of private insurance into the public option. You’d think that would be cool with Republicans, right? No one’s getting forced into anything. But wait? This isn’t a logical fight. It’s ideological. Hmmm…

Although many Republicans might agree with that goal, they are looking at the issue from a different vantage point.

“Sen. McCain believes, if there is a public option, that members of Congress should have to relinquish the current plush federal health care plan and use the public option, just like millions of Americans who will be forced to,” McCain spokeswoman Brooke Buchanan said in an e-mail.

But no one is being forced into anything. So no matter which way you spin it, the whole scheme makes no sense.

But here’s the kicker. Sen. Coburn introduced the amendment…and it passed. Republicans voted for it out of spite thinking We’ll show them! But Senator Dodd, Senator Kennedy (by proxy), and Senator Mikulski said, “Sure, we’ll join the public option,” and the silly thing passed. It will never actually go anywhere, but it’s still excellent that the Republican plan backfired so spectacularly.

I have a feeling now is when it starts to get really fun.