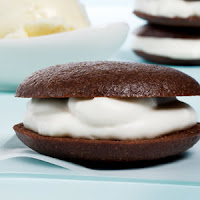 I know I know. I’m slacking again. Forgive me. It’s been six shades of insane busy here. Until I can find spare time to weigh in with an original thought and/or opinion, here’s a little HCAN in the news to keep you occupied.

Richard Kirsch of Health Care for America Now said the idea was destined to become a flash point for the Obama administration as it began the health-care debate.

“They couldn’t have avoided it,” said Kirsch, an early proponent of the public option idea. “It was impossible. It was always going to be something that progressives really cared for.”

Kirsch said early criticism of the concept by conservatives and insurance industry groups helped solidify liberal support for it.

“The right went on the attack,” he said. “As a result, the issue got tremendously elevated. Because the right attacked it aggressively, it became a centerpiece of the battle.”

Groups pushing for a public plan urged the White House on Tuesday to stick to its guns.

“They made a decision in June to be more public in their support for the public option,” Kirsch said. “I think that was the right decision. They should stick with that, because it keeps their base with them.”

“The largest seven insurers cover more than 100 million people, a third of the market,” said Mr. Potter, who bases his figures on federal securities filings.

In a capitalist economy, the drive to consolidate should come as no surprise. “Insurance companies need to grow their earnings per share to satisfy Wall Street investors,” said Avram Goldstein, research director for Health Care for America Now, a coalition of groups favoring a health care overhaul that includes a government-run public insurance plan to compete with private insurers

The practical question is whether this consolidation is driving up the price of premiums. In a report issued at the end of May, Mr. Goldstein’s group concluded that it is.

“Premiums have risen four times faster than wages in the last nine years,” said Mr. Goldstein. “We feel that shrinking competition among insurers is a major cause of this kind of dramatic increase.”

Let’s wrap with a fun one: NBC/WSJ dropped a “choice” question from their polling, and we called them out on it. The explanation? “Choice” is a biased word. From Media Matters:

On Hardball earlier this evening, NBC’s Chuck Todd claimed that they changed the wording because the word “choice” “biased” the question.

Aside from the absurdity of describing the original question as “biased,” it is important to note that the first question frames the topic of a public plan in terms of its effect on consumers — it indicates that they would have a choice between a public plan and private insurance. The new wording frames it in terms of the plan’s effect on private insurance companies by emphasizing that they would face competition. The new wording is only passingly about consumers.

It should come as no surprise that a poll question that adopts the insurance companies’ point of view yields results less favorable for a public plan than one that focuses on the impact on consumers.