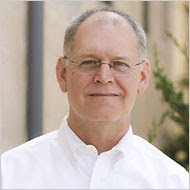 As far as I’m concerned, Senator Max Baucus, wavering Democrats, and the White House all need to have a good long chat with Wendell Potter. Kristof today:

Opponents suggest that a “government takeover” of health care will be a milestone on the road to “socialized medicine,” and when he hears those terms, Wendell Potter cringes. He’s embarrassed that opponents are using a playbook that he helped devise.

“Over the years I helped craft this messaging and deliver it,” he noted.

Mr. Potter was an executive in the health insurance industry for nearly 20 years before his conscience got the better of him.

The insurers are open to one kind of reform — universal coverage through mandates and subsidies, so as to give them more customers and more profits. But they don’t want the reforms that will most help patients, such as a public insurance option, enforced competition and tighter regulation.

What’s un-American isn’t a greater government role in health care but an existing system in which Americans without insurance get health care, if at all, in livestock pens.