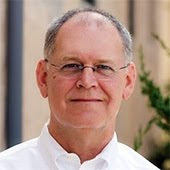 Even Fox agrees we should be listening to Wendell:

Potter, 58, has walked away from a fancy office in Philadelphia, fat perks and paychecks, comfy rides on corporate jets, and an easy path toward a secure retirement.

He should have never gone home to Tennessee to visit his mom and dad, who’d never made this kind of loot toiling in a factory.

Potter also should not have picked up the newspaper to read about a free health fair in rural Wise, Va. And, most of all, Potter should have not driven some 50 miles through winding Appalachian roads to the Wise County Fairgrounds.

Potter told me that to this day, he has no idea why he did this in July 2007. But somehow it took all the fun out of being a “well-paid huckster” for corporate health care.

“I was expecting the kind of health fair you might see at your local mall,” Potter said. “Instead, I saw hundreds of people standing in line in the rain… to be treated in animal stalls.”

Apparently, Wise County is thin on infrastructure. So some folks hosed down the stalls at the fairgrounds for the arrival of Remote Area Medical, a nonprofit originally formed to care for Indians in the Amazon rain forest.

“It was almost dehumanizing to stand in line like this,” Potter said, “to get treatment in places where just a few weeks ago people were bringing their prize goats and pigs.”

A couple weeks later, Potter was flying in a corporate jet. A flight attendant served him lunch on gold-rimmed china with a gold-plated fork and knife.

Now, at this point, some corporate PR hacks would complain that something wasn’t cooked properly. Potter, at least, should have thought: This sure beats hanging out in those pig stalls. But instead he thought this: “Someone’s insurance premiums were paying for me to travel in such luxury.”

The whole story is here.