As if I needed another reason to adore Andy Cobb, his new video takes on the health insurance industry:

If you don’t recognize Andy from his days shilling for BlueCross BlueShield, you may remember him from this HCAN original which debuted July 2008:

Voters told exit pollsters their local votes yesterday were just that… local… and yet news reporters on TV this morning are insisting on discussing whether yesterday’s results in NJ and VA were a referendum on the President.

If ever you needed evidence agenda trumps truth, there you have it. Not that there is some big network conspiracy at play, but rather once producers and reporters get hooked on a storyline or theme, it’s virtually impossible to shake them loose, even if the facts point to the contrary.

Democratic losses of these two governorships should not be interpreted as a significant blow to President Obama.

56 percent of Virginians said that the president was not a factor when it came down to their vote. In New Jersey, that number increased to 60 percent of the people who went to the polls on Tuesday.

Perhaps this was the problem for Virginia Sen. Creigh Deeds and New Jersey Gov. Jon Corzine. Neither Democratic candidate was Obama; neither was a great spokesman for “change;” and Democratic strategists and grassroots activists said each candidate failed to give independents a reason to support them.

Still, in the coming days a storyline will develop that this was a referendum on Obama and his policies.

I’ll have our rundown of everything wrong with the House GOP health care plan in a little while, but for now, see Ezra:

On the bright side, the Republican bill would allow insurers to base themselves in whichever state has the weakest regulatory standards and then sell policies built around those rules nationwide. If you’ve ever thought that your insurance was too comprehensive, too straightforward, and contained too few loopholes that you didn’t learn about until you feel terribly ill, then this is the plan for you!

You don’t get to save time by producing a bill that wouldn’t solve any problems and doesn’t hang together and then also get to whine about how no one is covering the legislation you introduced on Nov. 3 when you can’t even say how many people will be covered under your bill! This isn’t serious legislation. It’s a really long press release.

The whole write is here. Read it. It’s perfect. 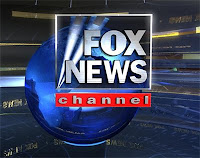 As if I needed another reason to dislike Fox News, a booking producer called my cell at 7:30 this morning.

Unless someone is dead or dying, 7:30am is unacceptable.

Having been in TV news for a long time, I understand people in the business tend to forget that A. TV news is not the most important thing in the world and B. Regular people don’t keep TV news people hours.

However, A. it isn’t and B. they don’t so calling at that ridiculous time to ask if someone wants to come on today at 10:30am to talk about health care reform and small business is a surefire way to get yourself a definitive no.

The kicker is they called Richard too. And emailed me on top of the call. All before 8am. 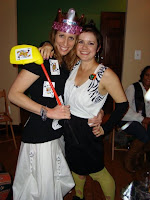 How was your Halloween? Two friends and I settled on a group costume. We went as “three of a kind” and dressed as the queens of diamonds, spades, and clubs. As you can see in the photo, I was clubs. (Levana was a badass roller derby chick. Her costume rocked.)

We had other good ideas, but some of the necessary props were seasonal. Like being “three sheets to the wind” complete with handheld fans. Awesome idea, right? Good luck finding a fan in DC in October. Even CVS – which is notoriously chock full of crap no one needs – is fan-free this time of year.

Now with the holiday behind us, it is back to all health care all the time. Couple of writes to point out this morning.

Listening to business leaders sputter and whine about a public option is about as convincing as listening to the insurance industry serve up repeated predictions of medical doom, all the while salivating over a government requirement that nearly all Americans buy their product.

The only opinion that matters here is that of the millions of people who can’t afford or obtain health insurance, or who have found their coverage wanting when they need it most.

And Ricardo Alonso-Zaldivar who writes for the AP has the aha! moment I’ve been pushing for months:

What’s all the fuss about? After all the noise over Democrats’ push for a government insurance plan to compete with private carriers, coverage numbers are finally in: Two percent.

That’s the estimated share of Americans younger than 65 who’d sign up for the public option plan under the health care bill that Speaker Nancy Pelosi, D-Calif., is steering toward House approval.

Some experts are wondering if lawmakers have wasted too much time arguing about the public plan, giving short shrift to basics such as ensuring that new coverage will be affordable.

Some experts? We’ve been making this point all along. The public health insurance option is an essential part of reform because it’s the only way to lower costs and force the insurance companies to clean up their act (They’d finally really have to compete for your business.) But it’s not the only essential part of reform. Affordability, comprehensive coverage, and fair financing versus taxation of benefits are all equally important issues deserving much more attention than they’ve received both in Congress and in the press.

Yes, media peeps, YOU have blown the public option way out of proportion.

And though I like Ricardo, his closing line is atrocious:

If Congress passes a public plan that’s not much of a sensation, Democrats might have reason to regret all the time and energy they invested in it.

If by sensation he means “not covering a lot of people,” he’s missed the mark. It doesn’t have to cover a lot of people. It has to be strong and national and available on day one in order to compete with the private health insurance behemoths. People will have a choice – one choice – that’s not profit-driven and beholden to Wall Street. That alone is enough. If by sensation he means it’s too weak to make a dent in health insurers’ business as usual, then there still won’t be regret over time spent. There will be regret that Members of Congress weren’t strong enough to stand up to the health insurance lobbyists who’ve set up camp on the Hill.

Republicans, health insurance companies, and other right wing opponents of reform made the public option the centerpiece of their anti-reform campaign because it was an easy target. It wasn’t well-defined so it was easily manipulated into this huge “government takeover” bogeyman. Democrats and other reform advocates fought back to protect it because they understand WHY it’s so critical to have in the mix. It didn’t start as ideological on the left, and it’s not ideological on the left even today. For Democrats, it’s practical and good policy.

I’m annoyed it took this long for a story like Ricardo’s to come out, but I’m glad it finally has. Better late – really late – than never, I suppose.