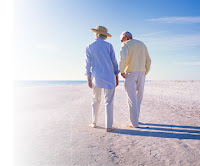 Richard’s got a brand new post up this morning on Huffington pointing out the hypocrisy at play on the Senate floor as Republicans are bending over backwards and sideways to defend Medicare – a government health insurance program:

If you ever needed proof that big government programs are popular with the American people, the Republican defense of Medicare could be exhibit one. Medicare is so popular that the best political attack Republicans have against the health care reform bill is to scare seniors about the legislation’s impact on Medicare.

For Republicans, the leading example of the alleged government takeover of health care is giving some people the choice of a public insurance plan to compete with private insurers. The public option would be a very small version of the very big Medicare program.