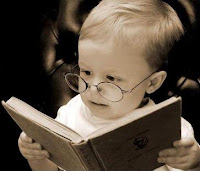 At the end of the day, Brown and Rockefeller and their allies simply care too much about people struggling with their medical bills–people who would still benefit, clearly, from reform without a public option–to mount further resistance. Lieberman, by all appearances, felt no compunction to put people over pique. That’s why he won.

Disappointed progressives may be wondering whether their efforts were a waste. They most decidedly were not. The campaign for the public option pushed the entire debate to the left–and, to use a military metaphor, it diverted enemy fire away from the rest of the bill. If Lieberman and his allies didn’t have the public option to attack, they would have tried to gut the subsidies, the exchanges, or some other key element. They would have hacked away at the bill, until it left more people uninsured and more people under-insured. The public option is the reason that didn’t happen.

UPDATE: This one too – John Aravosis:

Bush was willing to use his bully pulpit to create an environment in which the opposition party feared taking him on, feared challenging his agenda, lest they be seen as unpatriotic and extreme. By going public, early and often, with his beliefs, Bush was able to fracture the Democratic opposition (and any potential dissent in his own party) and forestall any effort to mount a filibuster against the most important items in his agenda.

It’s not about the votes, people. It’s about leadership. The current occupant of the White House doesn’t like to fight, and the leadership in Congress has never been as good at their jobs, at marshaling their own party, as the Republicans were when they were in the majority. The President is supposed to rally the country, effectively putting pressure on opposition members of Congress to sit down and shut up. And the congressional leadership is supposed to rally its members to hold the line, and get the 51 votes necessary for passing legislation in a climate where the minority is too afraid to use the filibuster. When you have a President who is constitutionally, or intellectually, unable to stand for anything, and a congressional leadership that, rather than disciplining its own members and forging ahead with its own agenda, cedes legislative authority to a president who refuses to lead, you have a recipe for exactly what happened last night. Weakness, chaos, and failure.

Important note: In no way, shape, or form does my linking to these writes from my personal site constitute an HCAN agreement with or endorsement of said posts and should not be construed or interpreted as such.