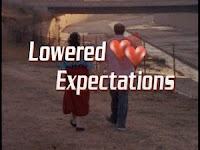 Joe and John recommend you read Drew Westen’s latest on HuffPo. I (as me and not in any HCAN-related official or unofficial quotable capacity) agree. A snippet:

We shouldn’t have had to settle for half a loaf. If the president had simply placed appropriate blame on the health insurance industry for its pre-existing conditions, it’s cutting off care for breast cancer victims in the middle of treatment, and its doubling our premiums and co-pays during the Bush years, he would have harnessed populist anger and pushed this bill through six months ago, and it would have looked like the change we were told to believe in. But if you cut backroom deals with every special interest who is part of the problem and offer the American people no coherent message while the other side is messaging straight out of the messaging memo written by Frank Luntz (“government takeover,” “a bureaucrat between you and your doctor”), you can expect half a loaf. And the other half will be paid for by middle class taxpayers, as in the Senate bill, which includes provisions like taxing good middle class tax plans like PPOs, which will disappear as soon as insurance companies and big businesses have the excuse of the missing tax break. Remind me, when we’ve just had the largest transfer of wealth to the upper 1 percent of the country from working and middle class Americans in a century, why it would be such a terrible thing instead, as in the House bill, to ask people who make over a million dollars a year to pony up for the health care of their (and their friends’) housekeepers, instead of taking away health care plans union workers traded for salary increases?

The whole thing is here.