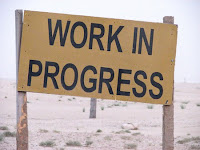 As weak as it is in numerous areas, the Senate bill contains three vital reforms. First, it creates a new framework, the “exchange,” through which people who lack secure workplace coverage can obtain the same kind of group health insurance that workers in large companies take for granted. Second, it makes available hundreds of billions in federal help to allow people to buy coverage through the exchanges and through an expanded Medicaid program. Third, it places new regulations on private insurers that, if properly enforced, will reduce insurers’ ability to discriminate against the sick and to undermine the health security of Americans.

These are signal achievements, and they all would have been politically unthinkable just a few years ago.

Progressives have good reason to be angry. Yet we should harness our anger to fix the bill–now and every year from now. The current bills in Congress do too little to help Americans immediately; their main actions are delayed for years. If and when legislation passes, progressives should demand immediate concrete actions to make the promise of a reform a reality more quickly and more effectively.

So a bill must pass. Yet it must be a better bill that passes. And it must be understood by the President, the Congress and every American as only a step–an important but ultimately incomplete step–toward the vital goal that the campaign for the public option embodied: good affordable health care for every American