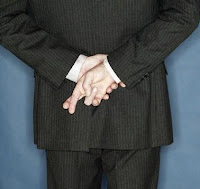 I was trying to figure out what to update with today and decided I should probably toss in a little health care news before the weekend.

Yesterday, we held a press call to talk about the Senate bill’s “wellness” loophole. Jason at our blog has a good breakdown:

The Senate bill has a gaping loophole in it that could negate a central promise of health reform – that insurers can no longer charge more because you are sick.

The loophole comes in the form of an expansion to so-called “workplace wellness programs” that are supposed to reward employees for healthy habits. In practice, however, it could allow insurers to charge thousands of dollars more because, for example, a person is sick or overweight or has high cholesterol.

In other words (from the press release):

Right now, workers who do not participate in wellness programs can pay up to 20 percent more than those who do. The loophole would raise that threshold to as much as 50 percent – essentially penalizing people who may be sicker and perpetuating the practice of medical underwriting that the insurance industry had pledged to abandon. The loophole would allow insurers to continue to game the system to increase their profits.

“Although described as ‘incentives’ this practice allows employers to raise costs across the board for everyone and then lower them selectively for those who meet certain health targets. So incentives quickly become penalties for those who cannot meet the targets.”

“We shouldn’t be punishing people who have chronic health conditions or who have to run home from work to take care of their families and can’t go to the gym or can’t afford a gym membership. We should be encouraging people to participate in wellness programs, not charging people thousands of dollars more because they don’t look like a Hollywood star.”

We got some good press pick-up on the issue and the call. A few examples: