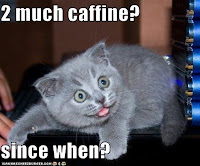 Just because we’re not hearing health care reform play-by-play every second of every day does not mean it’s not moving. AP:

The measure would change the massive Senate-approved health bill to what bargainers from the White House, Senate and House agreed to last month, Rep. Charles Rangel, D-N.Y., said in a brief interview.

White House aides have privately told Dem Congressional aides that the White House supports the House passing the Senate health reform bill with a reconciliation fix, something that could give a bit more momentum to that approach, according to two Congressional staffers familiar with the discussions.

Obama and the White House have not publicly stated a preference on how they’d like Congressional Dems to proceed. But White House aides have privately made it clear to the Dem leadership that they support the approach many Dems are coalescing behind: The House passing the Senate bill, with fixes made by the Senate via reconciliation, the sources say.