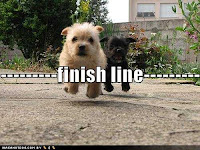 The Senate just passed the reconciliation bill. The final vote was 56 to 43. Democrats Ben Nelson (D-NE), Mark Pryor (D-AR), and Blanche Lincoln (D-AR) were “no”s. More on that later.

But as you may have heard, the bill now has to go back to the House one last time. There were two small changes having to do with the education provisions, not health care, but that was enough to require the extra step.

The House is expected to pass reconciliation – again – some time this evening. At that point, short of the President’s signature – again – we will be done.

And then I will exhale.

Meanwhile, I’m sure you’ve also been hearing about the threatening phone calls and various acts of violence now aimed at lawmakers who voted for reform. Well, we here at HCAN have decided to counter hate with health.

Senator Johnny Isakson – a Republican – has been sick since Monday. We just sent an email to our list asking people to wish the Senator well. You can click here to participate and send a “Get Well” fax to Isakson.