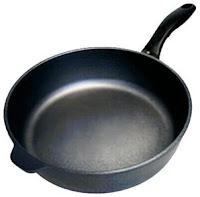 My inability to cook is legendary amongst my friends and family, but I’m proud to announce I’ve just launched operation “teach myself to cook” which we could also call operation “spend less money” or operation “know what’s in my food” or even operation “cheese is not a meal.”

Last night. I tried to make two baked potatoes in the oven as opposed to the microwave. I took the first out a touch too soon, and it wasn’t as smushy on the inside as I would have liked. The second baked a little longer and was much better. The recipe (yes, I used a recipe for baked potatoes) called for an hour at 350 degrees, but I think it should have been more like an hour and twenty minutes. As instructed, I rubbed them with olive oil and sea salt which gave the skin a nice flavor boost.

Tonight’s adventure: fish. Mom sent me home from Florida with a recipe for bourbon-glazed salmon so that’s what I tried. It’s really easy. 1/4 cup chicken broth. 1/4 cup bourbon. 3 tbsp of tomato paste and 3 tbsp of honey. It also calls for salt and pepper but doesn’t say how much. I sprinkled.

I simmered all the ingredients in a pan and then added the salmon. I cooked it about 4 minutes on both sides, and along with the second potato and a small salad, I had myself a homemade dinner.

The salmon was cooked but not really hot all the way through, and the sauce was bland. I like my food with heat – both in temperature and spice – and this didn’t do much for me. But that said, I’m proud of myself for trying, and I think the miss was in the recipe rather than the execution. Rare in my case, I know, but possible.

The other recipe Mom gave me to try was for key lime pie. I’m working up the nerve to go there next.